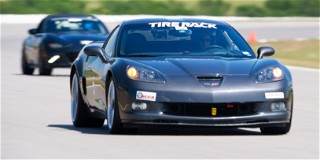 The Tire Rack SCCA® Time Trials National Tour Powered by Hagerty found itself deep in the heart of Texas with its second stop of the year at Eagles Canyon Raceway in Decatur, TX this past weekend. It was the Tour’s first time at the 2.75-mile course, nestled in the rolling hills of north Texas, but you couldn’t tell from the enthusiasm of attendees. Sixty-three Texas time trialers were joined by 30 Track Night in America drivers, making this the second straight Time Trials National tour with over 90 participants.

Consistent with the event two weeks ago at Carolina Motorsports Park in Kershaw, SC, participants were asked to follow SCCA’s COVID-19 Event Guidelines for the weekend, including wearing masks within the designated public spaces, like registration, tech and other shared facilities. Diligently following the guidelines, participants came together to experience the thrill of driving on track, showing a willingness to put forth the extra effort in exchange for some long-awaited fun on track.

New for 2020, the Time Trials Champion award is presented to the participant who does the most to champion both the program and the experience of Time Trials. Jim Bunch—a Texas native who was competing in his Ford Mustang in Tuner 3—was chosen for the Time Trails Champion award at Eagles Canyon for his enthusiastic and continuous support of both the Tour, and the Time Trails program in general. His eagerness to help others and desire to help facilitate the fun made Bunch an easy choice.

The Spirit of Time Trials award has been a priority since the program’s inception. When asked if he would be willing to step up and help coach one of the Track Night in America sessions, Matt Givens didn’t just take a swing at it, he knocked it out of the park. His easy-going demeaner and welcoming personality helped ensure all drivers had a great time and set a tone of fun and excitement for all throughout the event.

Most Improved honors went to Larry Waterman—out of Flower Mound, TX—driving his 2018 Chevrolet Corvette. Waterman dropped almost five seconds off his Saturday morning lap times, working his way up to the fifth fastest overall by the end of the event. No small feat, especially considering the level of talent that came out for this event.

Cross Kirchmeier earned the Top Novice award for his performance in Sport 6. Competing in his 2016 Scion FR-S, Cross set the tone early with a best lap that was more than one second faster than the next closest competitor in class Saturday morning. From there, he continued to pull away, finishing with more than a three-second lead over his nearest competitor, Seth Eaton, who was competing in his 2015 Subaru BRZ.

Also new this year, Breakthrough Performer honors are presented to the motorsport enthusiast that comes from a non-track related discipline, such as Autocross or RallyCross. The winner from the Eagles Canyon stop, Matt Granger, is a long-time competitor in Autocross and has jumped into the Time Trials arena headfirst. We saw him first at 2019 Time Trials Nationals for his first Tour event, but he has also been a strong proponent of the Midwest Division’s Time Trials series.

The top of the overall standings for Eagles Canyon event was a mix of Unlimited, Max and Sport drivers, but not necessarily in the order you would think. The top two spots were held by Sport category cars, Sport 1 and Sport 2 respectively.  But it should come as no surprise when talking about the drivers of each. In the top spot, local hot shoe Tom Bergeron set the bar exceedingly high in his 2009 Chevrolet Corvette Z06 with an overall time of 5:13:296, 5.3 seconds faster than the second fastest overall driver, Denny Stripling, who was wheeling a 2019 BMW M2. The Runoffs National Champion is obviously no slouch himself. Following those two was Max 1 driver Anthony Jones in his 2011 Chevrolet Corvette. Two Unlimited 1 drivers, Johnie Boutwell and Larry Waterman, completed the top five, both piloting Chevrolet Corvettes.