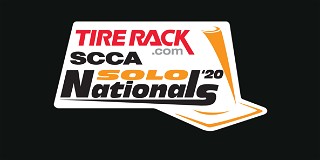 As the Sports Car Club of America approaches its fall championship season in a trying year, the Board of Directors—following the recommendations of both SCCA staff and the Solo Events Board (SEB)—have announced the cancellation of the 2020 Tire Rack SCCA Solo Nationals due to the unique potential impacts of a 1000+ person event on both the Lincoln, NE community and SCCA members.

“This was a difficult decision for all involved,” Lee Hill, Chairman of the SCCA Board of Directors, said. “Our ultimate responsibility is to the safety of our members and the long-term health of the Club and this event. There are too many circumstances beyond our control to confidently say that we can assure a safe environment for our members, and therefore we have chosen to cancel the 2020 event. We’re thankful for our strong relationship and support from Lincoln and Tire Rack, which has allowed us to make this decision solely about health and safety.”

Both the staff and the SEB reached their recommendations independently following weeks of research, discussion and considerations. A number of factors were cited in the recommendations as both considered the health of the membership first and foremost, including the risks posed by nationwide travelers and the temporary infrastructure of the Lincoln site which obligates many members to come and go from the location throughout the event.

“Unlike racetracks, where the facility can serve as the neighborhood, the lack of similar infrastructure at the Lincoln, NE site means that there is far greater risk to the community than other Championship events,” said Heyward Wagner, interim director of Solo. “When you look at that potential impact to our hosts in Nebraska, along with the necessary proximity of so many participants as they work and drive the event, we have decided it’s better to eliminate those risks by not having the event.”

Additionally, data points show an increase in cases throughout the state of Nebraska and the city of Lincoln in recent weeks, with no ability to predict an end to that trend, particularly with students returning to local universities prior to Labor Day. Both the SEB and SCCA staff expressed concern that an outbreak in Lincoln (or a noticeable uptick in cases surrounding the event dates) could jeopardize the positive long-term relationship between the SCCA Solo Department—specifically led by Howard Duncan—and the city of Lincoln, which could impact SCCA’s ability to hold future events in the city.

As is its responsibility, the SEB also expressed concern over protecting the integrity of the event as a National Championship, including the ability to successfully audit each run and conduct thorough technical inspections.

These unique challenges that apply to Solo Nationals do not apply to the National Championship Runoffs®, the Tire Rack Time Trials Nationals or RallyCross® Nationals—the latter being logistically similar to Solo but significantly more limited in both size and scope.

“We are committed to those events to go off as planned,” said SCCA President Mike Cobb. “Though Solo Nationals will be missing from the 2020, we are looking forward to a strong championship season with our other events.”